The factory of the future, a concept

The factory of the future cannot be reduced to a technological evolution as important as it is. The corporate world is evolving more and more rapidly and now has to endure several transitions simultaneously: energy, ecological, digital, organizational and societal.

The world is currently facing challenges beyond the corporate threshold: global warming, increasing of the number of the world’s population, scarcity of resources, globalization of markets and services.

In France, the French government has proposed a Digital Transformation for Industries: measures for ETIs and SMEs so that French companies that have taken this path are not just a few large groups.

The Alliance Industrie du Future association (AIF) created in 2015 has taken on the role of supporting French companies and in particular the PMIs in modernizing their industrial tools and transforming their business models through new, digital and non-digital technologies. 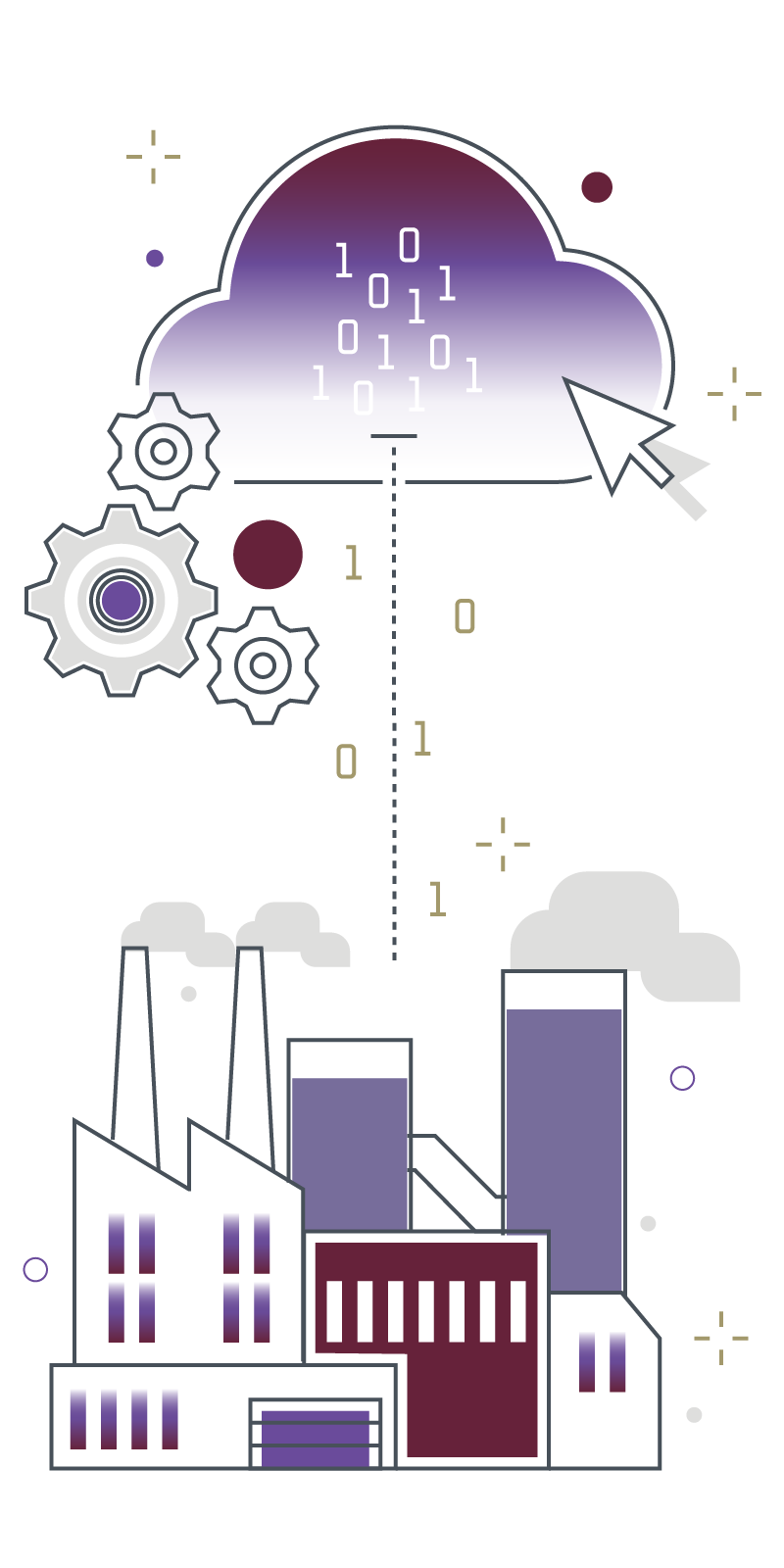 Cost is no longer the only means of differentiation with their customers but mainly the value perceived by them. Customers’ attention is focused on the quality of the products sold and the services associated with them.

The intensity of the innovation or the level of service also help to ensure the development of the turnover and the improvement of the margins of the company.

Cost reduction is no longer the best approach, but it is cost optimization based on the value to the customer that needs to be worked on.

The customer’s requirements evolve over time and are increasingly complex to meet. If the company finds the right means to adapt to demand, the potential of shared wealth is enormous.

Production must therefore take this new logic into account and evolve in order to gain flexibility and speed. Current processes and methods are no longer sufficient to satisfy customers and their expectations, so interactions and operations need to be reviewed to get appropriate processes for these new situations.

The industry of tomorrow is moving from a logic of
mass production to that of
mass customization.

Differentiating features and customer use

The combination of more and more services with the production tool increases the level of management complexity, but provides the value expected by customers.

Sometimes, the pooling of several different providers’ services is the best answer to the global problem that the customer seeks to solve. This transformation results in a vertical integration of the value chain to eliminate the intermediate steps that the customer no longer wishes to manage.

The use of the product therefore comes first, before the product itself, the product life cycle is better taken into account: process of the use of products, maintenance and traceability.

Industry 4.0 potentially represents
a complete change
in economic logic for each company.

The definition of a digital strategy will result in the implementation of new software solutions, new equipment and in the training of the teams, and even the recruitment of new profiles.

The digital strategy is necessarily associated with the management of the data of the organization. This data belongs to the company and is integrated into its information system.

To organize these changes, the necessary expertise and means are rarely present or available, the company can find the resources outside the company to be accompanied on all aspects of the industry 4.0.

Technology and digital maturity audits can quantify the company’s situation, including a wide variety of areas of expertise. They assess the relevance of existing technologies, their level of use and their level of mastery.

Before any new technology or any evolution of a business process is set up, it is necessary to evaluate the gain in competitiveness that this change can bring.

When the industrial tool needs to be optimized, the teams work to improve the weakest link in the chain or the one that carries the most value. PERF’ACTOR allows the company to adopt the same approach for its business model.

PERF’ACTOR brings a better understanding of the whole company, finds activities and services requiring productivity gains. Now you can focus your efforts precisely where they will be most effective.

The PERF’ACTOR audit therefore serves all companies with the objective of seizing the opportunity of Industry 4.0 by quantifying what gains are achievable, and then to carry out serenely the follow-up of the digital strategy and its promises.

PERF’ACTOR allows you to make the right start and establish a factual and digital statement on the operation of the company to embrace digital and industry 4.0.

Related topics that may interest you :

Industry 4.0: a real challenge for leaders

The INNOV’ACTOR program to transform your business